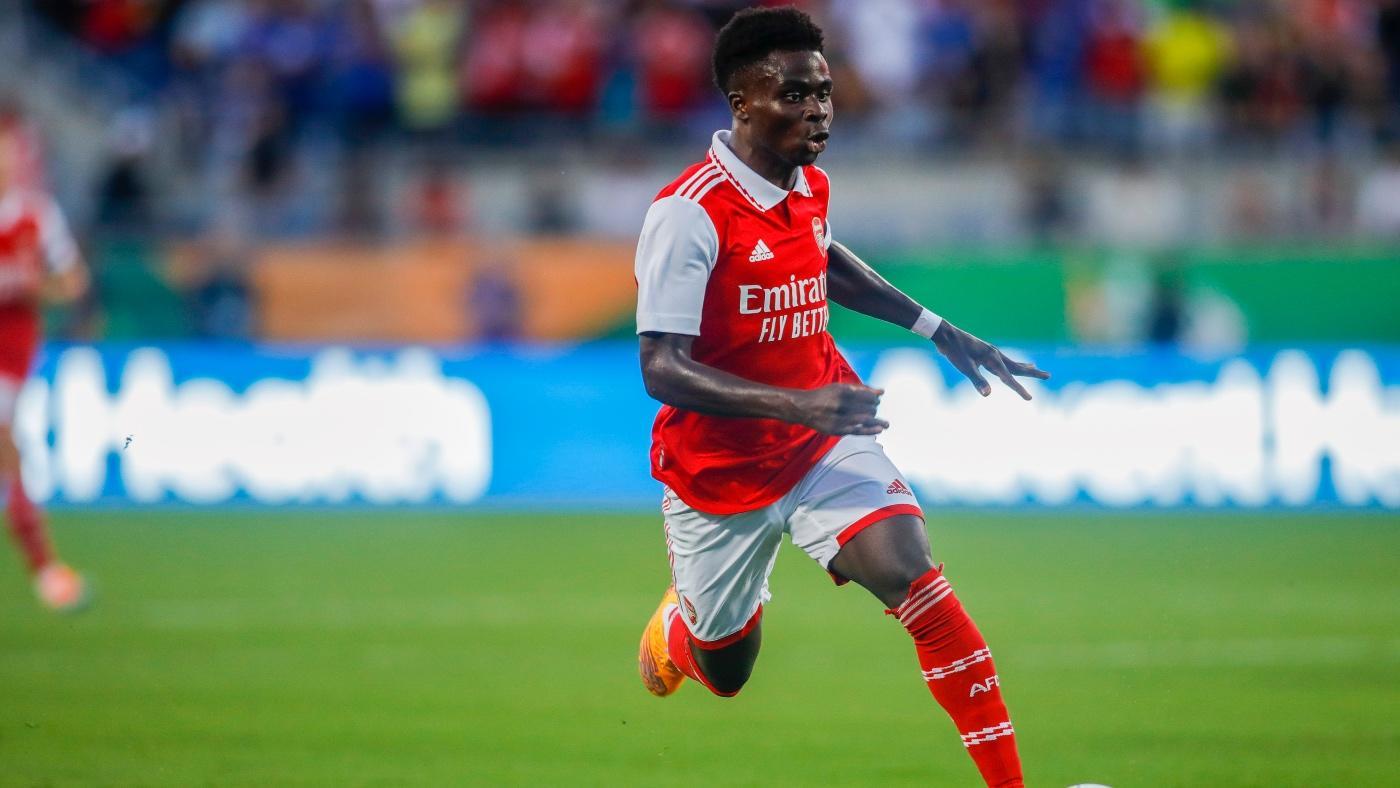 League leader Arsenal get back to work without a major contributor on Monday when they take on West Ham United in a Boxing Day English Premier League match. Gabriel Jesus was injured at the World Cup, but the Gunners (12-1-1) have a five-point lead over reigning champions Manchester City in the Premier League table. Arsenal stayed busy during the break, beating Lyon and AC Milan in a pair of friendlies in Dubai before a loss to Juventus. The Hammers (4-2-9) finished seventh last season but are 16th in the table and have struggled to score. They took victories over Cambridge and Udinese and drew with Fulham in friendly matches during the break. Kickoff is set for 3 p.m. ET in London. Caesars Sportsbook lists Arsenal as -195 favorites (risk $195 to win $100) in its latest Arsenal vs. West Ham odds. West Ham United are +525 underdogs, a draw is priced at +320, and the over/under for total goals is set at 2.5. Before making any West Ham vs. Arsenal picks, be sure to see the EPL predictions and best bets from SportsLine’s Brandt Sutton. Sutton, a former collegiate soccer player, has been SportsLine’s top soccer editor for nearly five years. He has followed soccer closely for much longer and factors in managerial tactics, projected lineups and past performances to make the most-informed decisions possible, keeping his finger on the pulse of the game all over the globe. Sutton also has been on a roll with his best bets, going 165-128-2 (+22.61 units) on his soccer picks this year. That’s a return of well over $2,200 for $100 bettors.

Why you should back ArsenalThe Gunners have more talent than the Hammers and have scored 21 more goals and conceded six fewer. Martin Odegaard scored both goals in a 2-0 victory against Wolves before the break to take over as the team’s scoring leader. The team will miss Jesus, but Gabriel Martinelli (five goals) and rising star Eddie Nketiah are capable of leading the attack. Bukayo Saka, who scored three goals at the World Cup, played in a training match Wednesday and should be ready. He has four goals and six assists, and his creativity is a key part of the Arsenal attack. Arsenal have five victories and a draw in the past six meetings with West Ham and have lost once in the past 14 matchups (11-2-1). The Gunners have conceded 11 goals, tied for fewest in the Premier League. They have allowed just 36 shots on target, also tied for fewest, while the Hammers put 26.6% of their shots on net, second-worst in the league.

Why you should back West HamThe Hammers are due for some luck in the scoring department, as they have scored 12 times but have an expected goals of 18.6. Jarrod Bowen has hit double digits in goals in four of his past five full seasons but has two so far. West Ham lost 2-0 to Leicester City in their last Premier League match, but they held the ball for 54% of the game and had an 18-9 advantage in shots. They have the sixth-most shots in the Premier League with 199, so they just need to start putting them on frame. They scored eight goals in three friendly matches over the break. West Ham’s strength has been on the back end, as they are allowing just over a goal per game. They have conceded 17, tied for fourth-fewest in the league. They have allowed 57 shots on target, seventh-fewest in the league, and they don’t give up many set pieces. Only one team has committed fewer than their 116 fouls. Tomas Soucek is third in the EPL with 47 tackles, and he and fellow Hammer Declan Rice are part of a three-way tie in interceptions with 24. How to make West Ham vs. Arsenal picksSutton has analyzed Monday’s West Ham vs. Arsenal match from all sides, and he has his confident best bet on the goal total and a full breakdown of the match. He’s only sharing those picks here.

So where does all the betting value lie for Arsenal vs. West Ham in Monday’s Premier League matchup? Visit SportsLine now to see the best bets for West Ham vs. Arsenal, all from the soccer expert who is up well over $2,200 on his soccer picks in 2022, and find out.