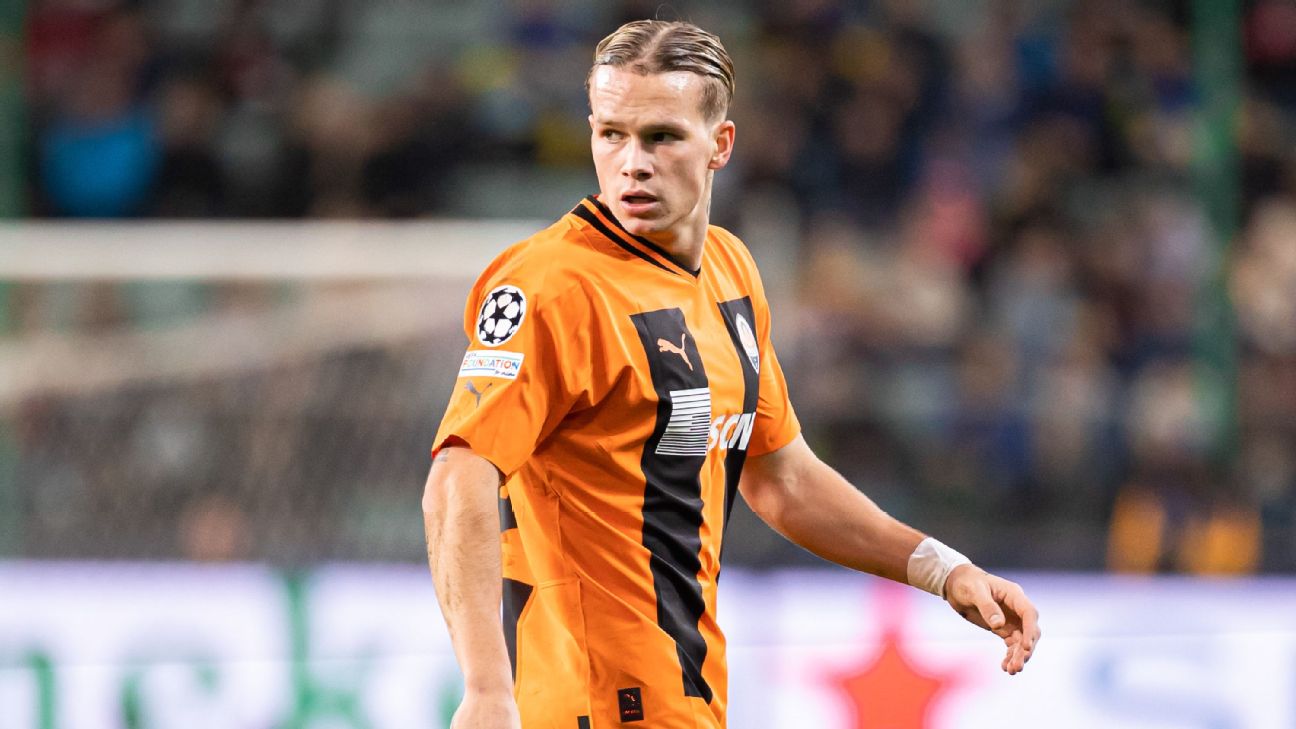 Mykhaylo Mudryk has enjoyed a superb season with Shakhtar. Mikolaj Barbanell/SOPA Images/LightRocket via Getty ImagesArsenal have submitted an opening bid of around €65 million for Shakhtar Donetsk winger Mykhailo Mudryk, sources have told ESPN.The 21-year-old is Arsenal’s top transfer target in January, and the club have made an early formal move, although their offer — €45m up front with €25m in add ons — is well short of Shakhtar’s €100m valuation and is likely to be rejected.- Stream on ESPN+: LaLiga, Bundesliga, more (U.S.)Sources have told ESPN that Mudryk is open to the move, and there is confidence from within Arsenal that Shakhtar will soften their stance over the fee in due course.It is understood Arsenal’s opening offer comprises around €40m in an initial fee with a further €20m in add-ons.Arsenal are keen to strengthen their attacking options after losing striker Gabriel Jesus for up to three months following knee surgery on an injury sustained while playing for Brazil at the World Cup in Qatar.Head coach Mikel Arteta said last week that Arsenal would be “active” in the market but he is determined only to add top quality signings and believes Mudryk fits the bill.