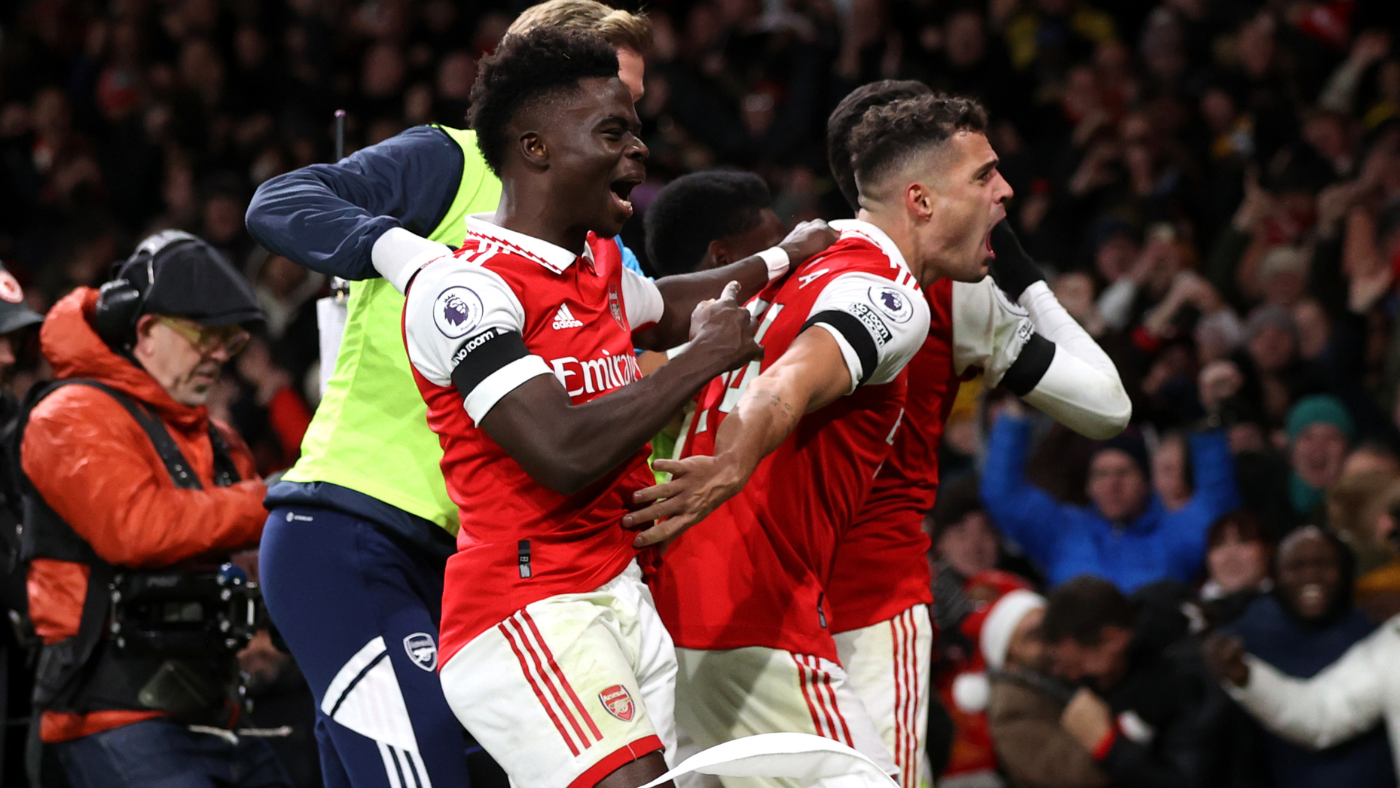 Halfway through his grand return to the Emirates Stadium, Arsene Wenger must have feared he had been thrust back into his nightmares. Arsenal, his team, in the stadium that had been built for his grand vision, were dominating possession and territory, elegance personified in a youthful cocktail of international and local talent. And they were losing.These games are the foundational myth of the ground that Arsene built. In the bleak midwinter, Arsenal come undone. So it seemed they would when the errors of Gabriel and William Saliba were punished in ruthless fashion, Jarrod Bowen winning a penalty that Said Benrahma would go on to convert. All of their flaws were punished in ruthless fashion, all the creativity of Martin Odegaard adding up to naught.

It looked like a fitting tribute to late day Wenger, attending his first Arsenal match since leaving the club in May 2018. Instead, this was a performance you would associate with the best times in the 22 year association between manager and club. Mikel Arteta’s side are not yet ready to lace the boots of the teams of 1998, 2002 and 2004, but they lack the brittleness, the hang-ups of those that followed the Invincibles. They do not wait for the crowd to turn on them but instead harness the 57,000 or so. They might like walking the ball into the net but Ben White and company were perfectly happy to scrap with West Ham if they wanted to drag this match into the trenches.In 16 minutes they killed this game, swinging through the contest with the rapier speed of Robert Pires and Thierry Henry in the early 2000s. Their lead at the top of the table is for now seven points and they play with the authority of pace setters, none more so than their leader in all facets, Martin Odegaard. The Norwegian picked up just where he had left off before the World Cup, the heartbeat of the Arsenal attack. In the director’s’ box, Wenger could have been forgiven for dreaming about fitting him alongside another two or three diminutive creatives.

Inside eight minutes they had ripped West Ham to shreds, Eddie Nketiah offering plenty of evidence that he could bring some of what Gabriel Jesus brought to the side as his flick teed up Bukayo Saka to rifle the ball into the roof of the net. Only the faintest of touches from the No.7 in the build up denied Arsenal a brilliant opener.Not for the first time in the season, West Ham did plenty right without necessarily being rewarded. They had a clear sense for the weak point in the Arsenal side and consistently looked to puncture the space in behind Kieran Tierney with swift passes out to their right flank. It was from that spot that the Hammers’ penalty would come, Gabriel overcommitting and a despairing Saliba clipping Bowen, slight mistakes magnified a hundred times. Declan Rice marshalled a dogged defensive effort that kept their hosts to a handful of shots before the interval.West Ham’s passes against Arsenal, note how many more were sent to their right flank than the left
Twenty3
Wenger knew this script all too well, he seemed to be the first in the ground to see that Saka’s early strike would be ruled offside and television cameras showed no sign that a penalty chalked off by VAR just before the break had taken him by surprise. This time, however, Arsenal pressure told.

The pockets of space Odegaard found in the first half became chasms as West Ham tired, from the biggest yet he drilled the ball towards goal, where Saka killed it with his first touch, his second rolling the ball beyond Lukasz Fabianski. The consensus in the aftermath of the equalizer was that it had been a mishit strike at goal that served as an assist. Still on the basis that it requires the rocks to melt with the sun before Arsenal’s club captain is rushed into a shot, it might be reasonable to give Odegaard the benefit of the doubt as Opta did and credit him with the assist.West Ham’s resistance had been snuffed out. There simply were not enough bodies back when Arsenal moved the ball from right to left, Gabriel Martinelli waiting to roll the ball into the bottom corner.  There was no sense that the hosts would let this lead slip in front of a ground that was bouncing as it so rarely did in the dog days of their previous managers. White, betraying no signs of being affected by his high-profile departure from the World Cup, glided into the final third at will. With a flick over Benrahma he was away, slipping the ball on to Odegaard, whose first time pass found Nketiah. Thilo Kehrer was too tight, the spin move sending him up the Holloway Road before Arsenal’s temporary answer up top delivered the killing blow.Fifteen games played, 40 points on the board. These are still the early stages of the Premier League marathon, too soon to say whether Arteta can follow in Wenger’s footsteps. What is clear, however, is that his team has gas in the tank.