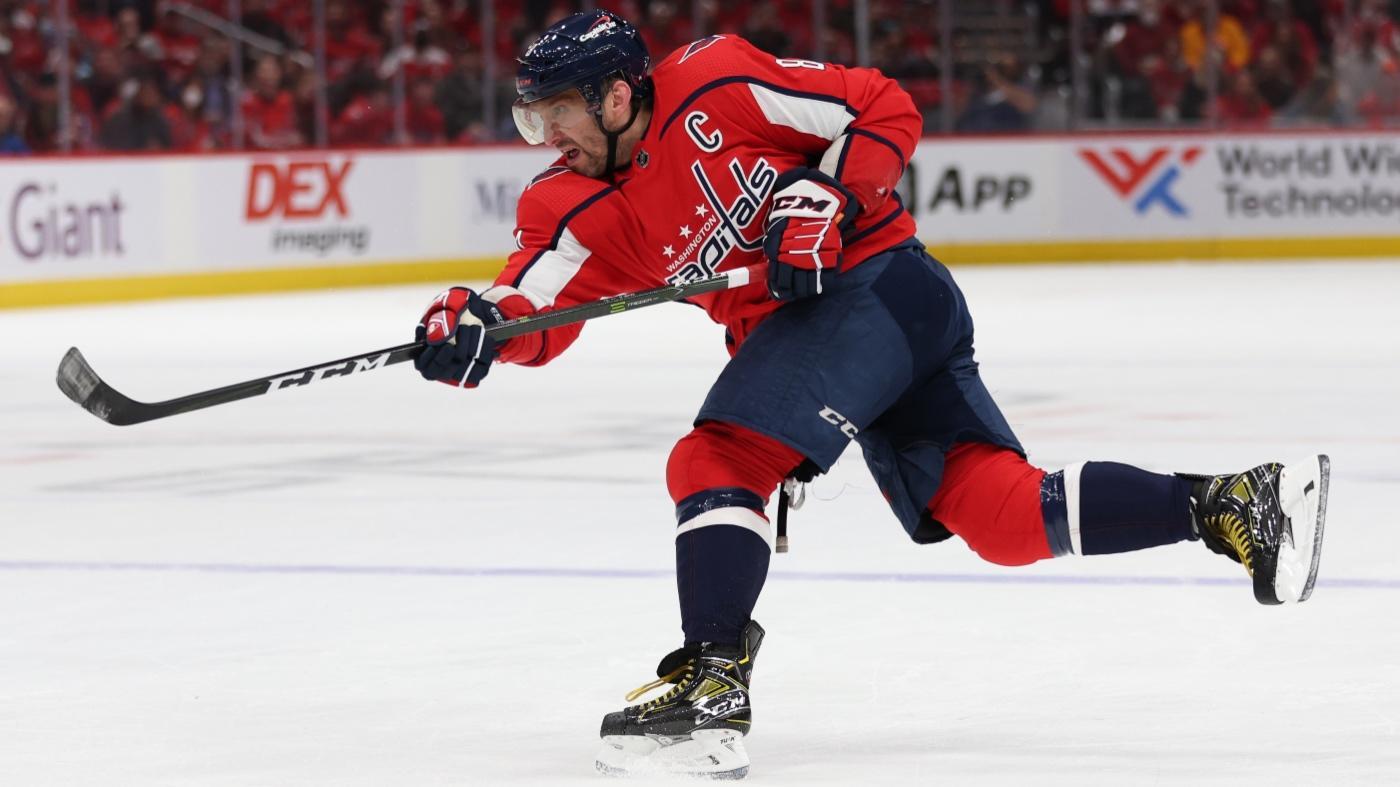 Alex Ovechkin now sits in second place on the NHL’s all-time goals after scoring his 802nd career goal in a win over the Winnipeg Jets . Ovechkin still has some work to do in order to catch Wayne Gretzky at 894, but he has already shown that he has the longevity to climb the NHL record books.Although there is still a significant amount of cushion between Ovechkin and Gretzky on the all-time goals list, Ovechkin has already set numerous NHL scoring records by piling up absurd numbers season after season.One of the most lethal power play weapons in the history of the game, Ovechkin holds the NHL record for all-time power play goals with 292. What makes this number so impressive is that no one has figured out how to shut down Ovechkin on the man advantage at any point in the last 18 years.Earlier this season, Ovechkin also passed Gordie Howe for the most goals with a single franchise. Howe scored 786 with the Detroit Red Wings, and all of Ovechkin’s tallies have come with the Washington Capitals. In the modern era, with players rarely spending their entire career with one team due to the salary cap and free agency, Ovechkin has managed to remain with Washington. Of course, not many franchises would part ways with one of the most dominant scorers in NHL history, but tell that to the Edmonton Oilers.

While Ovechkin is still chasing Gretzky in overall goals, he has already surpassed him in career road goals with 409. If anything, this speaks to the fact that Ovechkin is going to get his, even when the opposing team has more control of the matchups. There’s no doubt his power play prowess has something to do with that.Ovechkin also holds the NHL record for career overtime goals with 25. This is one of the few areas where Ovechkin holds an advantage over players from previous generations. The adoption of of three-on-three overtime for the 2015-16 season has allowed skilled players like him to thrive. That’s why 13 of the top 20 players on the all-time overtime goals list are still active today.Ovechkin’s climb to the top of the NHL record books in all these categories has been an exercise in longevity. Ovechkin hasn’t exactly played in a high-scoring era of NHL history, and he has missed significant time due to lockouts and pandemic-shortened seasons. Still, Ovechkin continues to steadily work his way up the history books by putting up gaudy goal-scoring numbers every single year.

Compared to some of his peers in the upper echelons of the NHL record books, Ovechkin has played in a relatively low-scoring era. The league is currently in its 105th season, and this is the highest-scoring one in which Ovechkin has played. To this point in 2022-23, teams are averaging 3.17 goals per game, which ranks 33rd in league history.Ovechkin has only played in six other seasons that rank in the top half of NHL history in terms of average scoring. By contrast, Gretzky played in 14 of the top 25 highest-scoring seasons in league history.Ovechkin has also been impacted by quite a few lost games. The 2004-05 season, which should have been Ovechkin’s rookie season, was entirely lost due to a lockout. Less than a decade later, Ovechkin lost almost half a season due to a partial lockout in the 2012-13 season.

When the COVID-19 pandemic hit in 2020, Ovechkin lost even more opportunities to fill the net. The 2019-20 regular season was cut short by roughly a dozen games, and the league played a 56-game season in 2020-21.In total, Ovechkin has lost 155 games to lockouts and the pandemic alone. If he were able to play those games while scoring at his career average rate, Ovechkin would have already passed Gretzky’s career record of 894 goals.Despite multiple factors working against him, Ovechkin still has an excellent chance to become the NHL’s all-time leading scorer by the time he retires. He has put himself in this position by consistently being among the league leaders in goals every year, almost without exception.

The only time Ovechkin has finished with fewer than 32 goals in a single season was in the pandemic-shortened 2021-22 season in which he missed an additional 11 games. Now in his 18th NHL season, Ovechkin has scored at least 50 goals nine times and is on pace to come close to that number again this year.Ovechkin has won the Rocket Richard Trophy as the NHL’s leading scorer nine times, which is an NHL record. He won it four consecutive times from 2013 to 2016, which is also an NHL record. The award didn’t exist until Gretzky’s final season, but he would have won it five times throughout his career.The 37-year-old Ovechkin still needs 93 goals to surpass Gretzky as the NHL’s all-time leading goal-scorer. It will take at least a couple more years for him to get there, but Ovechkin has already shown that he has the durability and the longevity to get the job done.