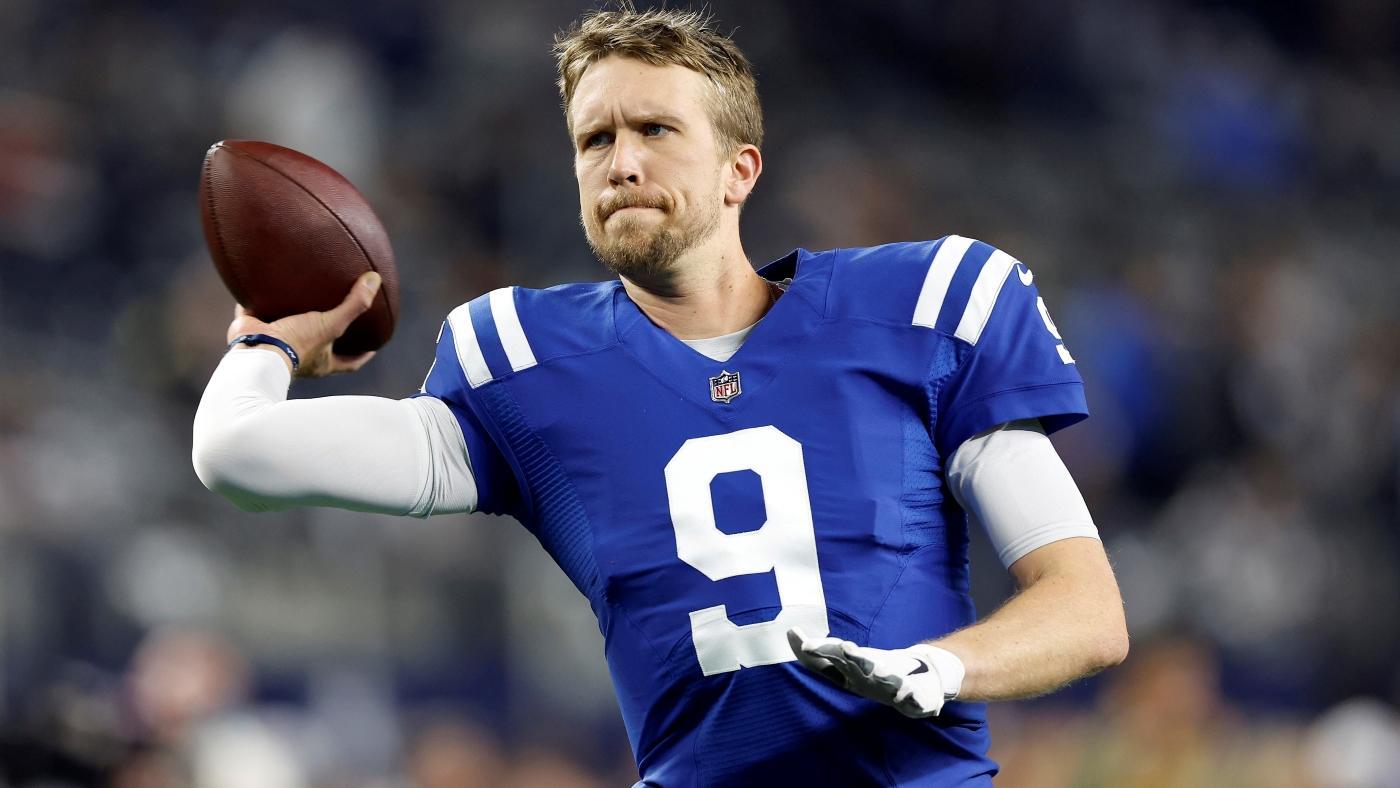 I hope the holiday weekend treated you well and that it’s carried on into your Monday. The gifts are not finished, as the CBS Sports HQ Newsletter is back with three more picks for you! Only two are for tonight, as the third is on one of Tuesday afternoon’s college football bowl games.But that’s better than nothing and certainly better than what Nathaniel Hackett got today. The Broncos fired their coach before he finished his first season in charge, which is never great. That said, it’s understandable. It wasn’t working, and it looked obvious that it wouldn’t work any time soon.All that said, it wasn’t Hackett who traded so much for Russell Wilson, nor was it Hackett who gave Wilson a giant contract. It’ll be interesting to see what prospective coaches think of the Denver job because there doesn’t seem to be an obvious fix. We’ll likely see big names attached to it, but I don’t know if we’ll see a big name take it.OK, let’s make some money.All times Eastern, and all odds via Caesars Sportsbook 🔥 The Hot Ticket Chargers at Colts, 8:15 p.m. | TV: ESPN

Key Trend: The under is 6-2 in the Colts’ last eight home gamesThe Pick: Under 44.5 (-110)Tonight’s game is one of those times when I have to try a little harder to block out what I want to happen with what I believe is more likely to happen. You see, like many of you, I’m in the midst of my fantasy football playoffs. Going into tonight’s final game of the week, I have a slight lead over my opponent. I have Chargers receiver Mike Williams, and he has Chargers receiver Keenan Allen and Colts receiver, Michael Pittman.

The odds aren’t in my favor. I’d like more than anything for Mike Williams’ any-time TD prop to hit. I’d really love it if he scored twice. I’d also be good with Pittman and Allen coming up with the stomach flu shortly before the game and having to sit the night out.Still, while I’m not going to bet on the Williams touchdown, the good news is I don’t expect tonight to be a high-scoring affair, which possibly helps me? I don’t know. I’m just grasping at straws.Jonathan Coachman is joined by Allie O’Neill, Zack Cimini and Jon “Buckets” Eimer to dish out Monday’s best bets!

Anyway, the Colts will be starting Nick Foles at QB tonight, which isn’t the most confidence-inspiring decision, but Nick Foles can’t be any worse than Matt Ryan has been. Of course, he’s also just as immobile and playing behind the same offensive line without the threat of Jonathan Taylor in the run game.I’m sure it’ll be fine!I don’t expect the Colts’ offense to get much done, but I’m not ready to trust the Chargers. Los Angeles has to settle for field goals far too often when they get into the red zone, and it’s difficult to trust teams that don’t finish drives to cover as favorites, even more so when they’re on the road.Here’s what SportsLine is saying about the game: The Projection Model doesn’t have a strong feeling one way or the other tonight.

The Pick: Under 221 (-110) — I want to take a moment to say farewell to Christmas Day NBA Unders. They were good to us for a very long time, and although they’d started to wane a bit in recent seasons, I believe the final nail was driven through their coffin during yesterday’s games. Farewell, old friend. We’ll never forget you. Hopefully, we’ll have better luck tonight with an under in Cleveland.As I’ve mentioned here a few times, as this isn’t the first Cleveland under we’ve taken this season, the Cavs are the most efficient defense in the NBA. It’s what has made Cleveland one of the best teams in the league, and it’s even better when the Cavs are at home (106.0 at home, 108.8 on the road). It will be tested tonight against a Brooklyn offense that’s been lighting it up in December, but a lot of the damage the Nets have done has been against some awful teams. They haven’t had nearly the same success against the better defenses they’ve faced in that time.🏈 College FootballMemphis vs. Utah State, Tuesday, 3:15 p.m | TV: ESPN

The Pick: Utah State +7.5 (-110) — I’ve had difficulty trusting Memphis this season. According to my numbers, the Tigers have been consistently overrated on the market, yet they overperform when I’m against them and underperform when I’m on them. So I suppose this is good news for the Tigers on Tuesday. In truth, my play on this game has much more to do with the market’s valuation of Utah State, which is skewed.

Utah State has a solid running back in Calvin Tyler, but as vital as he’s been, the Aggies’ offense has been better with Cooper Legas than without him. The Aggies are 5-2 when Legas starts, and they’re 1-4 when he doesn’t. The games without him still count in Utah State’s rating, but they’re just a better team when he’s in there, and I have a hard time thinking Memphis will win this game by more than a touchdown. If it wins at all.🔒 SportsLine Pick of the Day: The Projection Model has a healthy lean on the spread in tonight’s game between the Chicago Bulls and Houston Rockets.