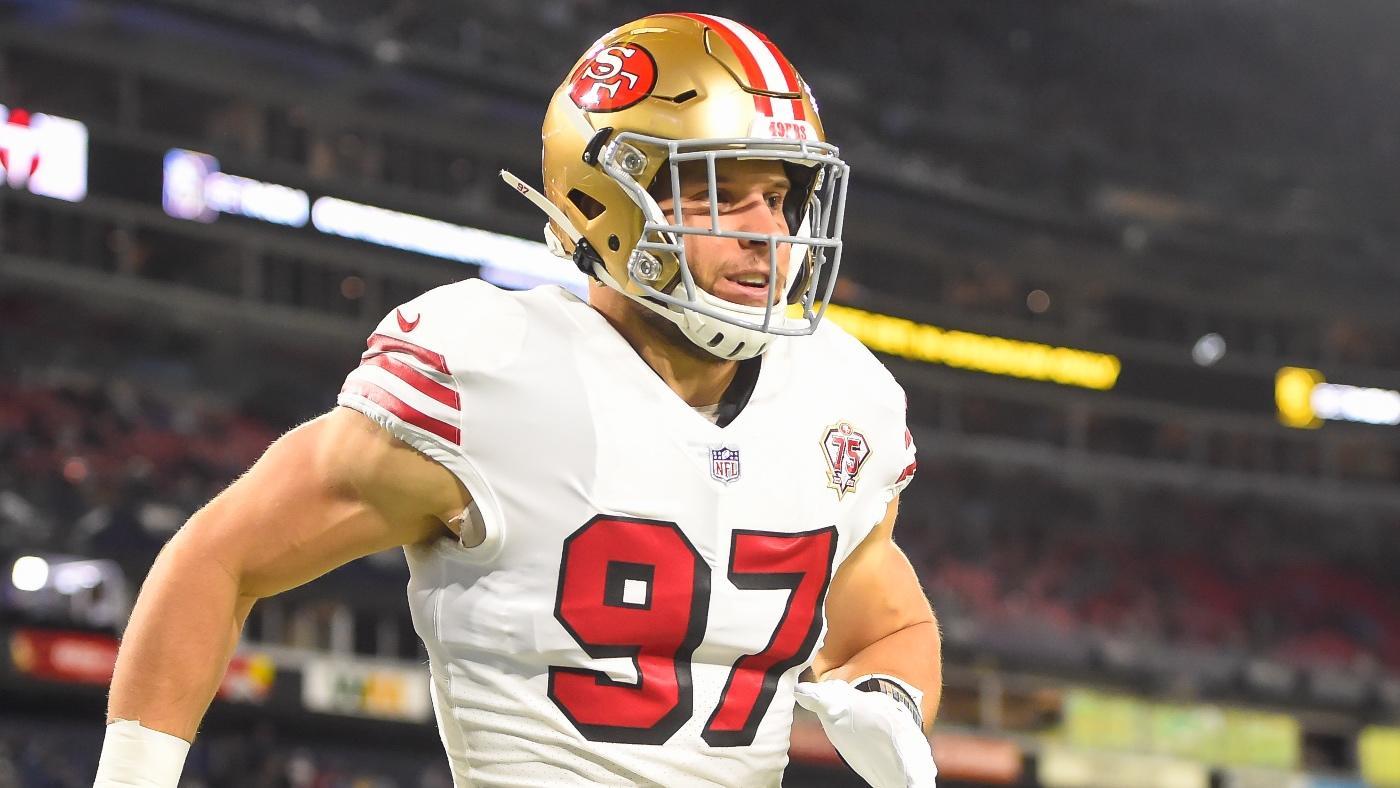 East meets West on Christmas Eve when Brock Purdy and the San Francisco 49ers host Taylor Heinicke and the Washington Commanders on CBS and Paramount+. The Niners are the talk of the NFL heading into Week 16 after Purdy has led San Francisco to three straight wins, including last week’s playoff-clinching 21-13 victory against the Seattle Seahawks. Meanwhile, Ron Rivera’s team is looking to get back into the win column after tying with and then losing to the New York Giants in consecutive games. You can stream the game in select markets on Paramount+, and you can get your first year for 50% off when you use promo code ALLYEAR from now until 12/31.Kickoff from Levi’s Stadium in Santa Clara, California is set for 4:05 p.m. ET. The 49ers are 6.5-point favorites in the latest 49ers vs. Commanders odds from Caesars Sportsbook, and the over/under for total points is 37.5. Saturday’s matchup can be seen live on CBS and streamed live in select markets on Paramount+ with their must-have Premium plan.Paramount+ now has levels of membership so you can watch your local NFL on CBS matchups and much more. The Essential Plan costs $4.99 per month to access Paramount’s catalog of movies and TV shows with limited advertisements, plus your live local NFL games, international soccer and more.  The Premium Plan is $9.99 per month and you can watch your local CBS live stream, including plenty of sports like SEC on CBS, NFL on CBS, and the PGA Tour, with no ads, on demand and the ability to download episodes for offline viewing. You can now get 50% off one year of the Paramount+ Essential or Premium plan with code ALLYEAR. Offer valid until 12/31, so sign up now here.How to watch Commanders vs. 49ers49ers vs. Commanders date: Saturday, Dec. 2449ers vs. Commanders time: 4:05 p.m. ET49ers vs. Commanders TV channel: CBS 49ers vs. Commanders streaming: Paramount+ (use promo code ALLYEAR for half-off your first year)Week 16 NFL picks for Commanders vs. 49ersBefore tuning into Saturday’s 49ers vs. Commanders game, you need to see the NFL picks from SportsLine’s advanced computer model. The model, which simulates every NFL game 10,000 times, is up more than $7,000 for $100 players on top-rated NFL picks since its inception. The model enters Week 16 of the 2022 NFL season on an incredible 157-113 run on top-rated NFL picks that dates back to the 2017 season.

The model also ranked in the top 10 on NFLPickWatch four of the past six years on straight-up NFL picks and beat more than 94% of CBS Sports Football Pick’em players four times during that span. Anyone who has followed it is way up.For 49ers vs. Commanders, the model is picking San Francisco to cover the spread. Heinicke and the Commanders will be hungry to bounce back after a close loss to divisional foe New York last week, but they will be going up against one of the toughest teams in the league in the 49ers.In addition to Purdy being a force to be reckoned with since taking over for injured Jimmy Garoppolo, San Francisco’s defense has been nearly impossible to beat. San Francisco is allowing a league-low 3.4 yards per carry and will be even stronger in Week 16 with the return of Arik Armstead. Add in that San Francisco has had extra rest after playing the Thursday night game in Week 15 and it’s no surprise the model is picking the home team to win this one handily. You may be able to stream the game here.