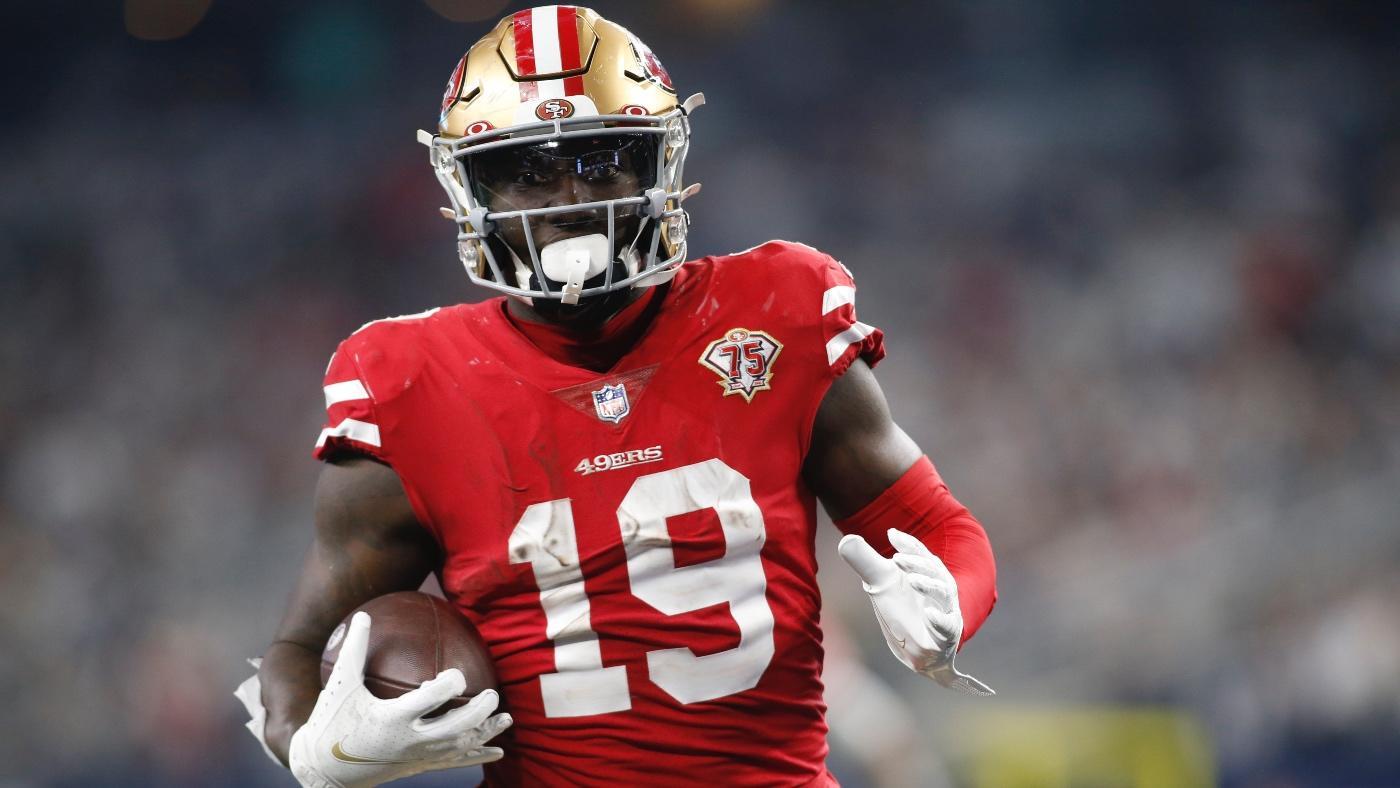 The 49ers have done just fine despite several key players recently sitting out due to injury, routing the Commanders on Saturday to claim their eighth straight victory atop the NFC West. As the playoffs approach, they could be adding major reinforcements. Star wide receiver Deebo Samuel could return to practice this week after missing two games with an ankle sprain, coach Kyle Shanahan told reporters Monday, and not only that, but running back Elijah Mitchell is likely to come off injured reserve soon.

Samuel, who serves as the 49ers’ No. 1 wideout when healthy, is making “real good progress” in his recovery, Shanahan said, per 49ers Webzone. Injured against the Buccaneers in Week 14, the veteran pass catcher isn’t a lock to suit up for Sunday’s game against the Raiders. But if he’s back on the practice field by late this week, it’s possible he could return to the lineup. Regardless, Samuel should be in full form by the time San Francisco kicks off its playoff run in January.

Mitchell, meanwhile, likely wouldn’t play until Week 18 after previously landing on injured reserve, which requires a four-game absence. But “odds are,” Shanahan said, the 49ers will soon activate the running back from IR. The team has the ability to elevate one more player from short-term IR, and defensive tackle Hassan Ridgeway will also be eligible for a move back to the active roster, but Mitchell is “getting much closer to returning” from an MCL tear suffered in Week 12.

Christian McCaffrey has starred as the 49ers’ top ball-carrier since arriving via trade with the Panthers in October. But Mitchell, who nearly reached 1,000 rushing yards in 2021, has remained involved when healthy, logging 34 carries in the three games he played in November. Once the 49ers designate him to return from IR, they’ll have 21 days to officially activate him, or else he’ll be required to sit out the remainder of the season.