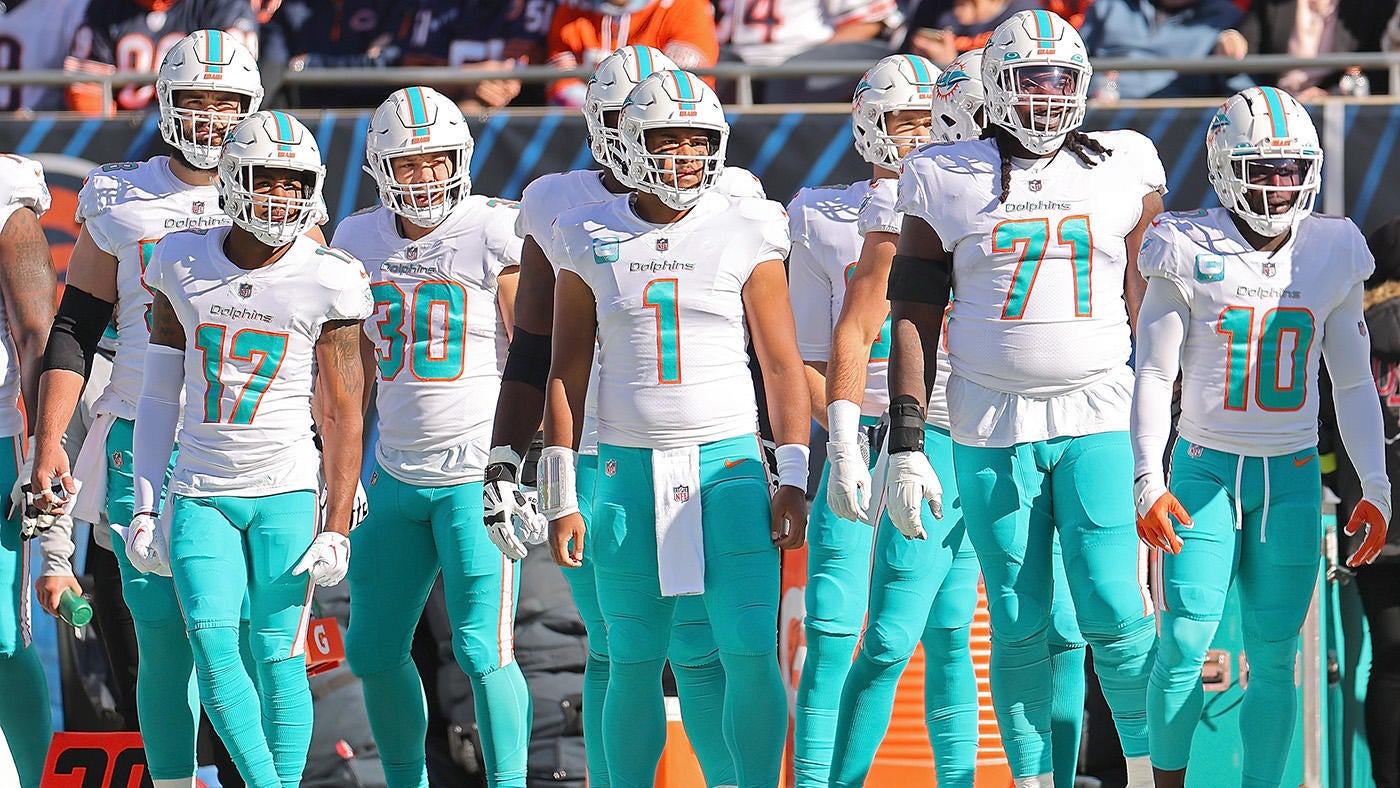 With just two weeks remaining in the 2022 regular season, the NFL playoff picture is on everyone’s minds. The top teams in the AFC have the No. 1 seed to fight for, while others are still battling for division crowns, and the seven teams around .500ish are in the middle of a very entertaining wild card hunt. Some teams control their own destiny, while others need some help to grab a playoff berth. These next two weeks are always some of the most entertaining in the NFL, so let’s take a look at the current state of the AFC as it stands entering Week 17. Which teams will make the postseason, and which ones will fall short?AFC teams that have clinched a playoff berth1. Buffalo Bills (12-3)2. Kansas City Chiefs (12-3)3. Cincinnati Bengals (11-4)5. Baltimore Ravens (10-5)6. Los Angeles Chargers (9-6)There are two playoff berths available in the AFC, but it’s a bit more complicated than that. There is just one wild card spot available, and then we still have to figure out the AFC South champion, which will be the No. 4 seed.

Below is a look at the current AFC wild-card race as well as predictions for every team still in the hunt for a postseason berth.The four-seed Jaguars are surging, so much so that they now have a 74 percent chance to make the playoffs, according to SportsLine. Trevor Lawrence didn’t throw a touchdown in the win against the New York Jets last week, but he did a great job stringing together long drives despite the windy, rainy weather, and also showed he’s pretty effective at running the ball, too. The Jags are dealing with some notable injuries, but I have them winning the AFC South.Interestingly enough, their Week 17 matchup against the Houston Texans doesn’t matter. It’s all about Week 18 vs. the Tennessee Titans. Win that matchup, and they’re in. I think that happens.

Remaining schedule: at Texans (W), vs. Titans (W)Final record: 9-8Playoff prediction: AFC South champs, No. 4 seedNot long ago, the Dolphins looked like they were on their way to winning the AFC East. Now, we aren’t sure if they will even make the playoffs. Miami is on a four-game losing streak, and will leave the month of December without earning a victory. None of the 87 teams in NFL history that went winless in December before the Dolphins made the playoffs. The defense clearly has some issues, but everyone is thinking about quarterback Tua Tagovailoa right now.Tagovailoa led the NFL in passer rating through 12 weeks, but has ranked No. 23 since this losing streak began. Miami’s quarterback is coming off a tough outing against the Green Bay Packers, as he threw three interceptions on back-to-back-to-back drives in the fourth quarter while the Packers scored 13 unanswered points in the second half to escape with a 26-20 victory. It was a tale of two halves, as Tagovailoa completed 9-of-12 passes for 229 yards and one touchdown in the first two quarters before falling apart in the second half. Some hypothesized that he suffered a concussion in the second quarter after bouncing his head off the turf, and it appears they were right, as Tagovailoa is now in concussion protocol.

We don’t know Tagovailoa’s status for Week 17 against the New England Patriots, which is big because the Patriots aren’t dead yet. With them being at home in Foxborough, that’s a tough game for Miami. The Dolphins get the Jets in Week 18, in what may be a win-and-you’re-in game. The Dolphins are a tough team to try to predict right now, but I’ll give them a loss this week, and a win at home vs. the rival Jets in what could be the game of the week. Remaining schedule: at Patriots (L), vs. Jets (W)Final record: 9-8Playoff prediction: No. 7 seed8. New England Patriots (7-8)The Patriots have lost four out of their past five games, which is not something you want to be doing late in the regular season. The offense still hasn’t been good, and then the defense has taken a step backwards as well. This Patriots’ pass defense started off the season as one of the best, but over the last five games New England has allowed a 70 percent completion rate, 11 touchdowns compared to just five interceptions and an average passer rating of 96.8.

As we discussed above, New England is very much alive with a win this week against Miami, but unfortunately, the Patriots get the Bills in Buffalo in Week 18. The Bills likely won’t be resting any starters because the No. 1 seed in the AFC will still be up for grabs. Bill Belichick misses the postseason for the second time in three years. Remaining schedule: vs. Dolphins (W), at Bills (L)Final record: 8-9Playoff prediction: OUT9. New York Jets (7-8)The Jets have lost four straight, but get Mike White back in the starting lineup this week. He doesn’t exactly solve everything, however, as the Jets defense has struggled recently. New York has recorded just one takeaway in the last four games. It was weird watching the Jaguars put together three straight scoring drives against the Jets, including a 16-play, 96-yard touchdown drive.

I feel decent about the Jets on the road against the struggling Seattle Seahawks, but a showdown against the explosive Dolphins in Miami in Week 18 with the season on the line could be tough. My gut tells me that No. 7 seed is going to come down to the Jets and Dolphins, and right now, I’m leaning toward the latter.  Remaining schedule: at Seahawks (W), at Dolphins (L)Final record: 8-9Playoff prediction: OUT10. Tennessee Titans (7-8)As soon as it was reported Ryan Tannehill would likely miss the rest of the season, I went out and bought my flowers for the Titans funeral. Clearly I didn’t overreact, as the Titans lost to the Texans at home in Week 16. Malik Willis has potential, but he’s still very, very raw.

It’s not just the quarterback that’s an issue for Tennessee, as the Titans are banged-up everywhere. The defense is injured at all three levels and the offensive line is a mess. The Titans were the most-injured team in the NFL last year, but still fought and earned the No. 1 seed in the AFC. This year, they just couldn’t overcome all of the adversity. From 7-3 to potentially 7-10. Unreal. Remaining schedule: vs. Cowboys (L), at Jaguars (L)Final record: 7-10Playoff prediction: OUTI’m glad Kenny Pickett could lead a game-winning drive on what was a very special night in Pittsburgh, but overall, the Steelers did not look very good. At this point, it’s technically “possible” the Steelers make the playoffs, but unlikely. That Sunday night matchup against the Ravens will be interesting, as we don’t know Lamar Jackson’s status yet.

Remaining schedule: at Ravens (L), vs. Browns (W)Final record: 8-9Playoff prediction: OUTIt’s too late for the Raiders. I like Derek Carr more than most people probably do, but on Saturday night against the Steelers he looked … cold. Almost like he was looking forward to fourth down, so he could go back to the sideline and put on his coat. Maybe the Raiders can surprise the San Francisco 49ers in Vegas this week, but I still think it’s too little too late for this team.