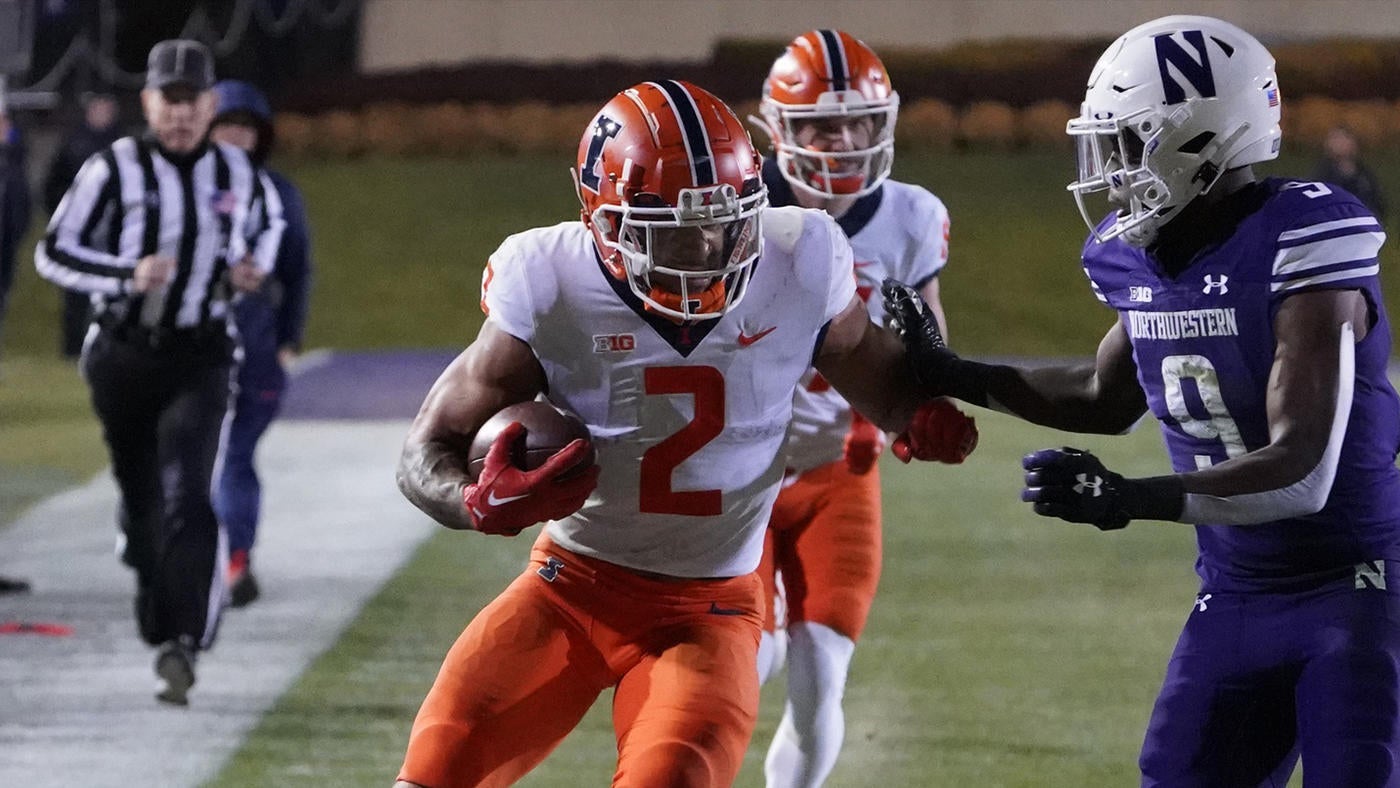 Illinois running back Chase Brown has declared for the 2023 NFL Draft and will not play in the ReliaQuest Bowl against Mississippi State on Jan. 2. The fifth-year junior enjoyed a breakout season and helped the Illini to an 8-4 record, which is the best for the program since 2007.”To Illini Nation: Thank you for all of your help and for welcoming me to this wonderful university,” said Brown in an announcement. “Your dedication, passion, and love for this team are greatly appreciated. It has been an honor and a memorable experience to play for you all. I will always bleed orange & blue.”Brown earned second-team All-America honors from CBS Sports while becoming the first player in Illinois history to run for 100 or more yards in the first nine games of a season. He is the Big Ten’s leading rusher and ranks third nationally with 1,643 yards. The 2022 season marked the second straight in which Brown surpassed 1,000 yards rushing.The London, Ontario, native began his career at Western Michigan in 2018 before transferring to Illinois and playing sparingly in 2019. Brown became a larger factor in the Illini’s offense in 2020 but truly began to shine in 2021 upon the arrival of head coach Bret Bielema.

“To my coaches: thank you for believing in me,” Brown wrote. “Your dedication to excellence pushed me to become the player I am today. The life lessons and leadership skills you taught me have made me a better man.”
Brown’s draft stockThe only running backs considered potential first-round draft picks in CBS Sports’ 2023 NFL Draft Prospect Rankings are Alabama’s Jahmyr Gibbs and Texas’ Bijan Robinson, but Brown should be a draft candidate. He was a featured back over the past two seasons and showed some versatility by catching 41 passes in addition to his heavy rushing load. Brown will be 23 by the time the draft rolls around, which further limits his shelf life in the pros, but his production with the Illini speaks for itself. There should be plenty of teams willing to take a shot on him during the second and third days of the draft.

Impact on Illinois Though Brown technically could have returned for another season, his departure shouldn’t be a surprise. Waiting in the wings is Reggie Love III, who ran for 275 yards and two touchdowns on 59 carries this season as Brown’s primary backup. Illinois does not have a running back committed to its 2023 recruiting class and could be active in pursuit of transfers at the position while seeking add some depth following Brown’s departure.