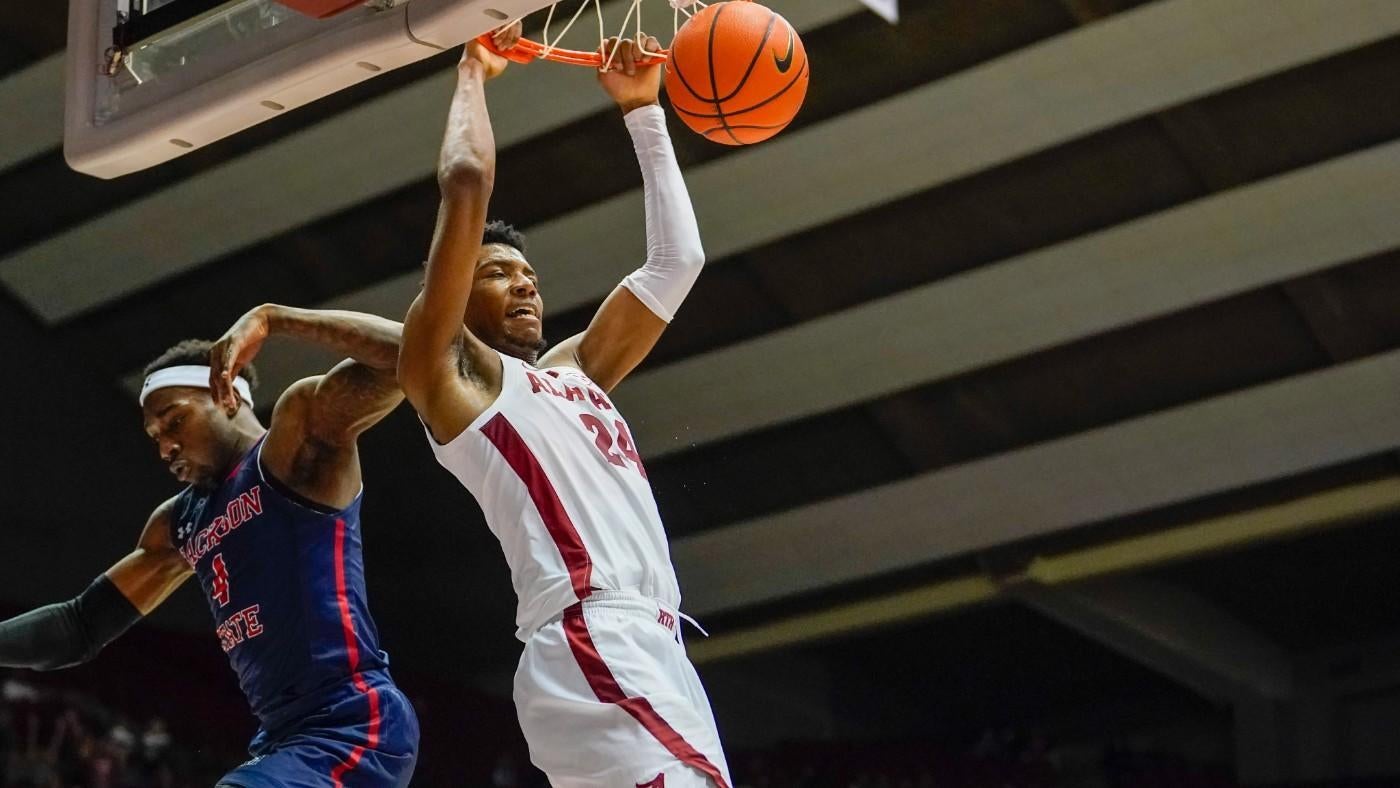 We’re six weeks into the college basketball season and have a big enough sample size for an update of our NBA Draft Big Board, and boy, a lot has changed in that span to prompt some minor (and some major) tweaks to our prospect rankings. So we’re giving the people what they want: a fresh set of rankings with an expanded list from 30 to 50 names.

OK, so not a surprise at all. Wembanyama was No. 1 in our debut rankings before the season started and has only validated the hype of late. He leads the LNB Pro A in scoring, rebounding and blocked shots for Mets 92 and is keeping his team in the hunt at the top of the regular season race abroad.

Scoot Henderson’s status as the No. 2 has not changed either as his G League Ignite sophomore season has seen him emerge as a potential franchise-changer while playing with G League Ignite in his second season. Henderson has the do-it-all skills of a guard and the competitive firepower and swagger akin to a young Russell Westbrook. His standing as the clear No. 2 has not changed.

No. 3 is where things start to get interesting. This spot was held by Ausar Thompson in the preseason while Nick Smith Jr., Cam Whitmore and Cason Wallace have all looked worthy of No. 3. But for now, Alabama star freshman Brandon Miller gets the slight nod behind Wembanyama and Henderson as the consolation prize for whichever team lands at No. 3 in the draft. Miller has the ideal size and scoring ability NBA teams look for in a wing and has taken college basketball by storm as he leads all freshmen in points while hitting close to 45% from 3-point range on massive volume.

But who else cracked the CBS Sports Big Board in our second run of projections? Here’s a look at some risers and fallers from the last few weeks.

How do you rank No. 1 in the initial Big Board, rank No. 1 in Big Board 2.0 and then still come away as a riser? By simply being one of the best basketball prospects in a generation. Simple, really.

Wembanyama is setting the world on fire with Mets 92 in pacing the LNB Pro A in scoring, rebounding and blocked shots and looking the part of a true franchise-changer in the process. 7-foot-4 bigs who can put the ball on the floor, dream-shake from any range and knock down transition 3-pointers just . . . do not exist on planet Earth. It would take something significant for him to lose this spot in our rankings. Preseason Big Board ranking: 1

Miller leads all freshmen in scoring this season and his 19.1 points per game ranks fourth-highest among all freshmen over the last four seasons behind only Cam Thomas, Sharife Cooper and Cade Cunningham. And more importantly that production is coming for a No. 9-ranked Alabama team that’s off to a hot start and finding immense success featuring him. He’s not just an empty calories stats stuffer; he’s a difference-maker who can score it both inside and out. Preseason Big Board ranking: NR

Baylor has the most underrated freshman in college basketball this season and, uh, it is not close. George has been a stud for the Bears this season; he’s one of only two freshmen to average at least 15 points and 3.5 assists per game on the year. George was billed as a sharpshooter who could project as a scorer at the NBA level but Baylor has tapped into his playmaking potential already in a big way. He can navigate the pick-and-roll with ease and has the passing chops to be a do-it-all threat in the NBA. Preseason Big Board ranking: 10

Smith missed the first six games of the season with right “knee management” and is now out indefinitely for the same reason, prompting some concerns about his long-term health and whether he will play anytime soon. That’s at least part of the season for the mini-slide here, although it’s more to do with what we’ve seen from the rest of the top six. When healthy, Smith is a superstar talent who could wind up as the No. 3 pick in this class by next summer. In three healthy games this season he averaged 19.7 points per game while proving himself a threat inside and out as a scorer and creator. Preseason Big Board ranking: 4

Early in the season I think it’s OK to anchor yourself to preseason recruiting rankings and the RSCI to project forward with little tape and data to work with. But two months of data is enough to loosen that anchor a bit for players and that is why I’m willing to move Bailey out of my first-round projections. The former five-star recruit might do well to come back for a sophomore year if his production and impact doesn’t improve in the coming months. (Although, to be fair, it is very early.) Still, in only 13 games his free-throw shooting numbers are concerning and don’t portend well for projecting his shot at the next level. He’s a flashy athlete with good size and scoring/creation so I’m not ready to write him off but certainly want to see more before putting him back into the top-30. Preseason Big Board ranking: 24

After flashing some major potential as a freshman last season at Creighton, the 6-7 Kaluma looked like a good blend of size, defensive potential and scoring ability who could fit into a 3-and-D type NBA role. But in his second season at Creighton he just has not (yet) made the look that I was hoping and projected he could make. He’s making just over 30% of his 3-pointers on the season and hasn’t been as big a defensive presence as one might expect given his athletic and size profile. He’s moved into the big bunch of prospects who I’m definitely keeping close tabs on but who right now I don’t see in the mix as a first rounder. Preseason Big Board ranking: 13