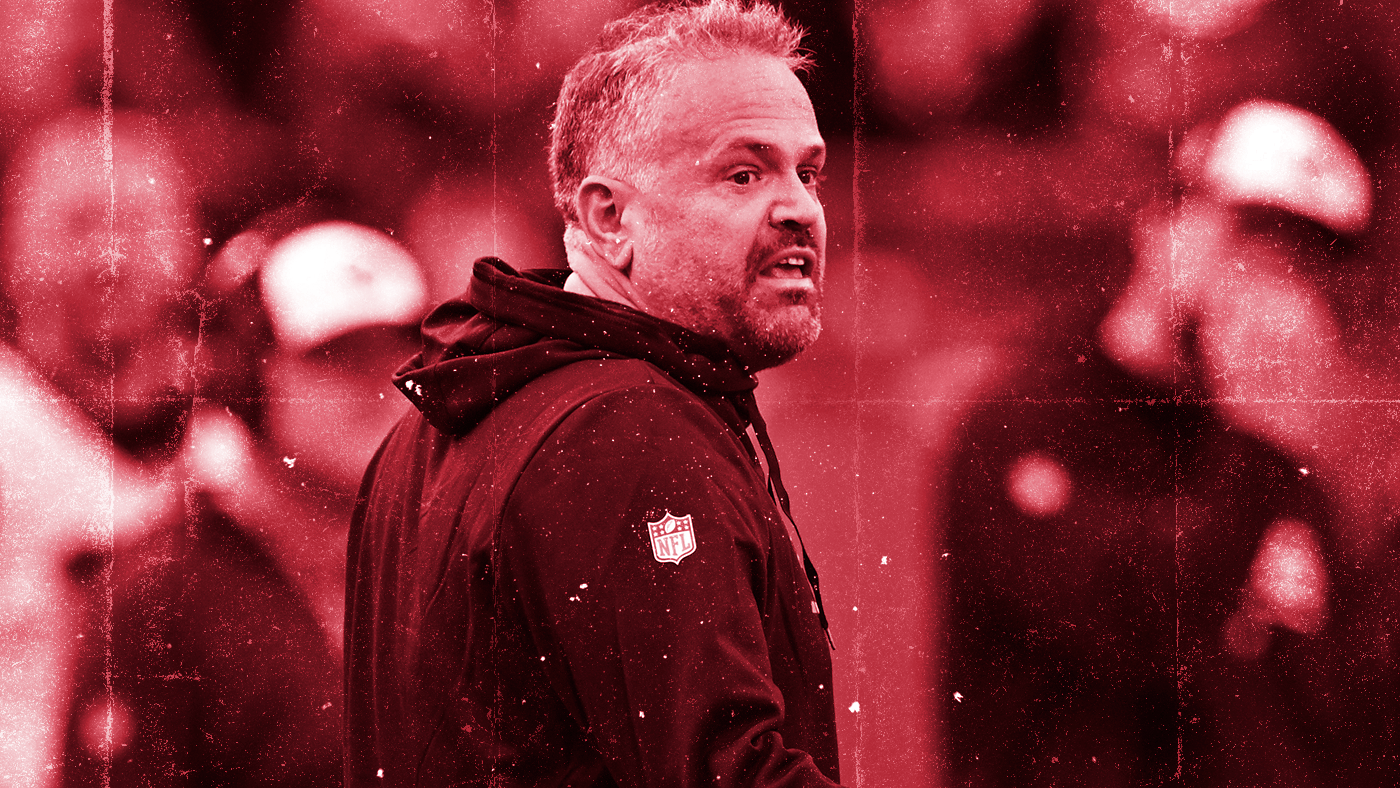 Matt RhuleA+By all accounts, Rhule was AD Trev Alberts’ No. 1 choice. Rhule first turned down Nebraska. Alberts deserves a bonus himself for landing what might be the best name on the board. Rhule is a proven turnaround artist (see: Temple, Baylor) who will be in his element in Lincoln. Next step is a baby step for the Cornhuskers in what will be an even tougher Big Ten without divisions in the future: a dang bowl game.

Luke FickellA+A year after Fickell was grandly courted by the likes of USC and LSU, he found his new home. It makes total sense that he moved from the Big Ten footprint to the actual Big Ten. This will be one of the more fascinating transformations. AD Chris McIntosh got rid of Paul Chryst because the coach didn’t embrace the modern game. That means NIL engagement, a dip into the portal and the hiring of the talented Phil Longo as offensive coordinator. Longo comes from Mike Leach’s Air Raid tree, most recently with Drake Maye at North Carolina. The Badgers will never fail to pound the ball but get ready to be entertained. Air Wisconsin?

Deion SandersAIf you accept that CU sold its soul a bit in convincing Coach Prime to embrace two things he doesn’t necessarily like — the West and the cold — this is nothing but a monster hire. Sanders is already stripping the roster hoping to get competitive right away. The entire university has already lowered its transfer restrictions to help get more football players into school. There’s no doubt Prime can coach, and he’s already got a starting quarterback (son Shedeur Sanders) and the No. 1 player in 2022 (Travis Hunter), both of whom transferred in from Jackson State. Get ready. Deion is bringing street to Pearl Street.

Jeff BrohmABrohm came home. That’s all you need to know about a coach who just played for the title in the nation’s richest conference (Big Ten). Brohm peaked in his sixth season at Purdue, winning 17 games the last two seasons. Brohm will provide a Louisville revival as a native son and a local legend as one of Howard Schellenberger’s QBs. Brohm will possibly have a better shot at a College Football Playoff berth with Louisville when the CFP expands.

Jamey ChadwellAChadwell apparently turned down multiple chances to leave Coastal Carolina for larger programs. I can’t tell you why. He settled on Liberty, which has plenty of resources but is anything but Power Five. After the loss of Freeze, this is about as well as the Flames could have done.

Hugh FreezeA-Lane Kiffin was Plan A. There was no Plan C. That’s because when Kiffin turned down Auburn, Freeze was already in the process of crawling over broken glass to get to The Plains. He has paid his penance for being a pariah for the way he left Ole Miss. At Liberty, Freeze proved he had lost none of ability to call plays and run a program. Is he weird and quirky? Absolutely, which means he’s a perfect fit for Auburn.

Kevin WilsonB+Tulsa isn’t an easy place to win. It shares space in the state with Oklahoma and Oklahoma State. But Wilson remains a respected figure in Oklahoma because of his work with Bob Stoops. His resume includes a rocky stay at Indiana but also overseeing a Heisman Trophy winner (Sam Bradford, 2008) and a two-time Heisman finalist (C.J. Stroud, 2021-220. This Leach disciple should revitalize interest as the Hurricane have a better chance to win in a reconfigured AAC.

G.J. KinneB+Observers rave about the potential of Texas State. Kinne was hired because he can tap into that potential as a Texas native and head coach at Incarnate Word in San Antonio. In his one season, the Cardinals went 12-2 and advanced to the FCS semifinals.

Kenny DillinghamBOne of the upsets of this carousel. AD Ray Anderson was allowed to make the hire after the failure of the Herm Edwards era. But Anderson made quite a comeback snagging one of the nation’s hottest coaches. Dillingham, 32, is the game’s youngest Power Five boss. He has extensive experience at four FBS schools, three in the Power Five. The Phoenix native is all in as the latest trying to wake this sleeping giant.

Tom HermanBIt worked for Lane Kiffin. It didn’t work for Willie Taggart. Regardless, FAU has become a place where coaches can rehab their careers. Texas’ ex-coach takes his shot after two years out of the game. Herman will have plenty of access to Florida talent, and if the Owls can tap into the Boca Raton NIL money, who knows? Kiffin won 11 games twice at FAU. Herman has a similar look, trying to rebuild a still-promising career.

Alex GoleshBTennessee’s offensive coordinator was going somewhere. He picked USF at the bottom of its fortunes. There is plenty of talent in a pro town. The Vols finished first in total offense and scoring. Golesh has plenty of experience at UCF, Iowa State, Illinois and Oklahoma State. Let’s hope that USF hasn’t made a mistake hiring another coordinator with no head coaching experience.

Eric MorrisBIf someone asks you to name Patrick Mahomes’ offensive coordinator in college, Morris is your answer. In 2015, with Mahomes at the controls, Texas Tech was second in scoring and yards. There is plenty of offensive potential here in a program that had become offensively stale. Morris comes from Washington State where he was a coordinator having brought QB Cameron Ward with him from Incarnate Word.

Ryan WaltersB-If it wasn’t for Deion, Walters would likely be the coach at his alma mater. And it would have made total sense. But when Colorado went Prime, Walters became a curious hire in West Lafayette. The Boilermakers have traditionally hired offensive coaches. Throwing the ball is their best way to compete in the Big Ten. Meanwhile, Walters is one of the game’s top defensive minds. As Illinois’ coordinator, the Illini finished second in total defense and yards per play. But is this what Purdue needs?

Zach ArnettB-The only surprise here is that Arnett was elevated less than 24 hours after Leach passed. Regardless, he is a rising star who gets his first head coaching job at age 36 in the SEC. Any defensive coordinator who can play complementary football amidst the Air Raid deserves credit. The hire deserves top marks because of the circumstances. Who else were the Bulldogs going to get who knew the league and the program?

Barry OdomB-UNLV believes it can get into the Pac-12. That goal likely had something to do with Marcus Arroyo being fired after a promising (for UNLV) 5-7 season. Odom was chosen to capitalize on the momentum. The Rebels play in an NFL stadium and have a new football facility. Odom brings plenty of experience as an established defensive mind. He was .500 as the head coach at Missouri, his alma mater.

Tim BeckC+Beck has big shoes to fill with the loss of Chadwell. But recruiting close to the beach in a refortified Sun Belt gives him a chance to be successful. The lifetime assistant gets his first top job at age 56. Beck’s offenses at NC State never finished higher than eighth in the ACC.

Trent DilferC+I have no idea if Dilfer can win at UAB. Does it matter? He thinks he can win at UAB. Through his career, Dilfer has been a force of nature whether it was winning a Super Bowl, elevating the Elite 11, becoming a TV personality or winning state championships at a private school in Nashville. In the post-Bill Clark era, Dilfer can legitimately sell a playoff berth for a program transitioning to the AAC that has won the Conference USA twice since 2018.

Troy TaylorC+Like most folks, I last remember Troy Taylor as Cal’s QB (1986-89). This hire is more about what Stanford is willing to do with it. To compete in the Power Five, the Cardinal must loosen admission standards and jump into the transfer portal. Simple as that. Anything less and the uncertainty grows at a place that doesn’t know what conference it will play in. By the way, Taylor was 30-8 at Sacramento State.

Biff PoggiCThis hedge fund millionaire has lived every man’s dream. He took his riches and worked his way up from high school coach to the lower levels of FBS. Who are we to doubt the coach of a program that has spent eight years in FBS? In between, Poggi became an assistant head coach/right-hand man to Jim Harbaugh at Michigan.

Brent KeyCAnother first-time head coach, Key got the job going 4-4 as the interim after Geoff Collins was fired. Someone, somewhere has to harness all the talent in and around Atlanta. Key is a GT alum who at least knows the path to success even if it is littered with losses. Somewhere, Paul Johnson is still laughing.

Scott SatterfieldCThree-fourths of the way through Louisville’s season, Satterfield was still on the hot seat. The Cardinals caught fire and finished 8-5. Satterfield finished 25-24 in four seasons. Did he get out ahead of the posse? Hard to tell, but he immediately improved his prospects. Cincinnati heads to the Big 12 two years removed from a CFP berth having played for the last two AAC titles (winning one).

Kenni BurnsCBurns has never been a coordinator, but those kinds of guys get jobs in the MAC. Since 2019, he had been assistant head coach at Minnesota coaching running backs. Under his watch, five different Gophers rushed for 100 yards in 2021. In 2022, Mohamed Ibrahim led the Big Ten rushing with almost 1,600 yards. Row the Golden Flashes?

Brian NewberryC-AD Chet Gladchuk had to hit a home run after unceremoniously firing Ken Niumatalolo. Gladchuk traded the winningest coach in program history by going in-house. Newberry apparently had support in the locker room. Navy can compete for the AAC title with the right coach. If Coach Ken was fired for going 11-23 in the last three seasons, wasn’t Newberry part of the issue?

Lance TaylorC-The Louisville offense wasn’t great (27 points per game) during Taylor’s one season as coordinator. He had never been a coordinator before. Consider the Cardinals’ late turnaround was enough for Taylor’s boss, Satterfield, to skip town. In 2015, Taylor recruited Bryce Love and was named running backs coach of the year after he coached Christian McCaffrey at Stanford.