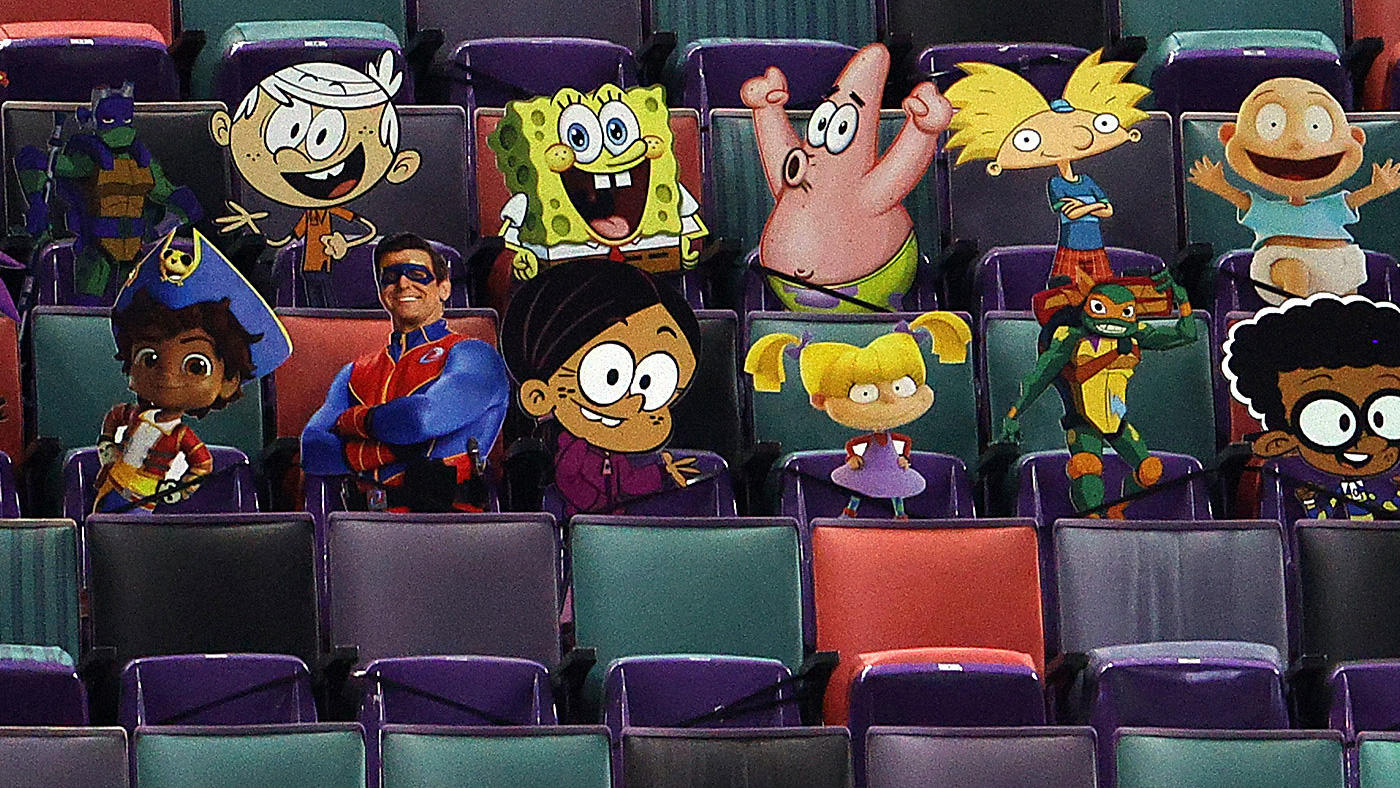 Get ready for a holly, jolly, slime-covered Christmas. CBS Sports announced Tuesday that the second matchup of this year’s NFL Christmas Day tripleheader, a Week 16 showdown between the Broncos and Rams, will air not only on CBS but in a special Nickelodeon “NFL Nickmas Game” broadcast. The first regular-season contest to go live on Nickelodeon, the game (Sunday, Dec. 25, 4:30 p.m. ET) will be accompanied by everything from “SpongeBob” tie-ins to holiday-themed special effects.The third team-up between CBS and Nickelodeon for an NFL event, the “Nickmas Game” broadcast will feature CBS Sports’ Nate Burleson, Noah Eagle and Nick star Gabrielle Nevaeh Green (“That Girl Lay Lay”) in the booth, with Dylan Gilmer (Tyler Perry’s “Young Dylan”) serving as the sideline reporter. Patrick Star from “SpongeBob” (Bill Fagerbakke) will also appear virtually from Bikini Bottom to contribute live commentary during the game.
Here are some other plans for the “NFL Nickmas Game” on Nickelodeon:Special halftime show offering an exclusive look at “Rubble & Crew,” the new animated “Paw Patrol” spinoff premiering Feb. 3 on NickelodeonBrand-new holiday-themed augmented reality, adding snowmen, gingerbread men and other wintry surprises to the fieldVirtual cannons blasting snow, gifts and slime onto the fieldA virtual Nick blimp that will fly around the stadium throughout the broadcastSurprise special guests and interactive opportunities for both kids and familiesThe special “NFL Nickmas Game” will air exclusively on Nickelodeon and NFL+. The traditional broadcast of Broncos-Rams, on CBS, will be available to stream live across digital devices via Paramount+, the CBS Sports app and NFL digital properties.

CBS and Nickelodeon first teamed up for an NFL broadcast in January 2021, when the Bears-Saints wild card playoff game got the slime treatment. Last year, the Nick simulcast returned, with the Cowboys-49ers wild card also appearing in the family-friendly format. The partnership has resulted in two Sports Emmy Awards.