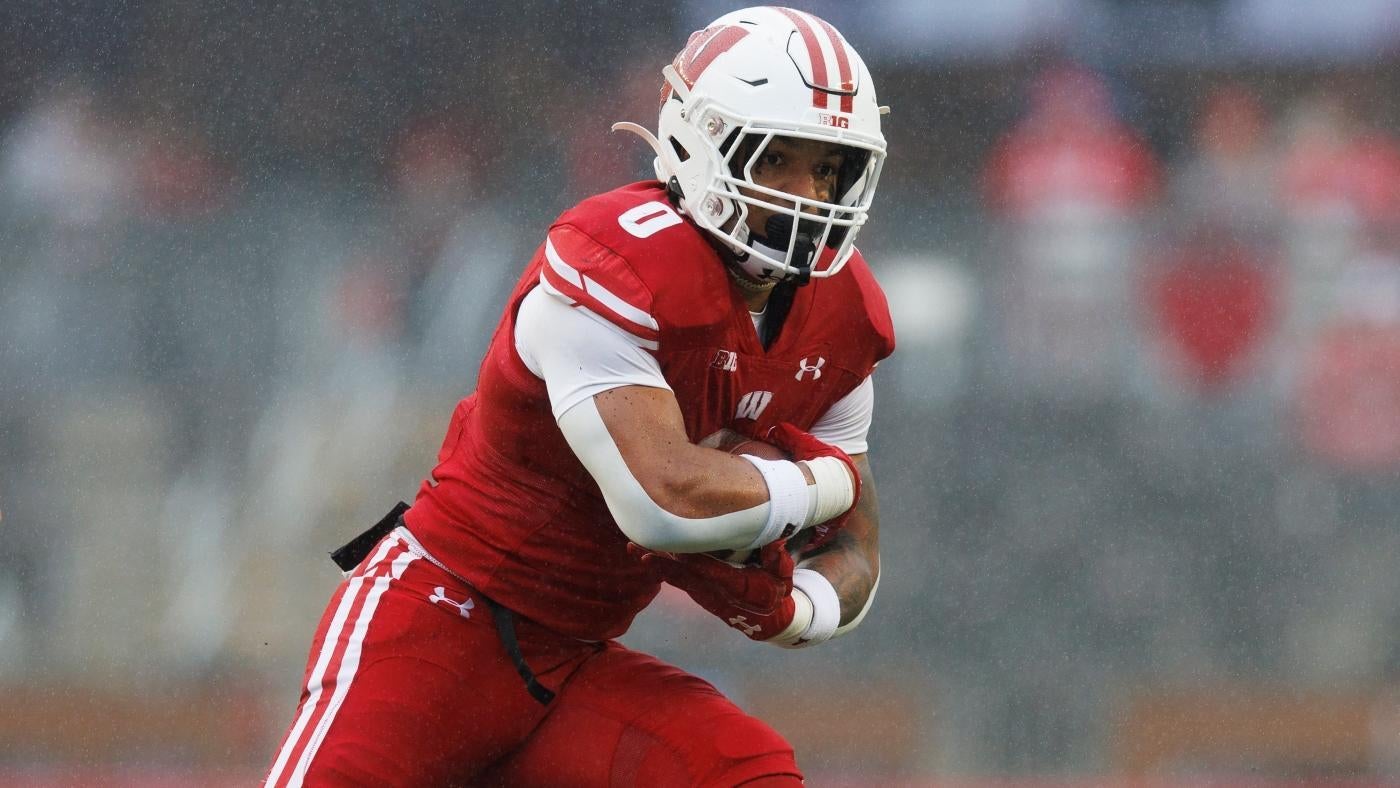 Tuesday brings a jam-packed college football schedule. The finale of a four-game schedule takes place in Phoenix with the 2022 Guaranteed Rate Bowl. The Wisconsin Badgers take on the Oklahoma State Cowboys in a battle between power-conference squads. Wisconsin is 6-6 overall and Oklahoma State is 7-5 through the regular season. Both teams are dealing with numerous opt outs and transfers, including both starting quarterbacks. Former Wisconsin quarterback Graham Mertz is reportedly transferring to Florida, while former Oklahoma State starter Spencer Sanders is in the transfer potal. Kickoff is at 10:15 p.m. ET in Phoenix. Caesars Sportsbook lists the Badgers as 3.5-point favorites, while the over/under, or total number of points Vegas thinks will be scored, is 43 in the latest Wisconsin vs. Oklahoma State odds. Before locking in any Oklahoma State vs. Wisconsin picks, make sure you check out the college football predictions and betting advice from the SportsLine Projection Model.The SportsLine Projection Model simulates every FBS college football game 10,000 times. Over the past six-plus years, the proprietary computer model has generated a stunning profit of almost $2,500 for $100 players on its top-rated college football picks against the spread. Anyone who has followed it has seen huge returns.Now, the model has locked in on Wisconsin vs. Oklahoma State and just revealed its Guaranteed Rate Bowl 2022 predictions. You can head to SportsLine to see the model’s picks. Here are the CFB odds and betting lines for Oklahoma State vs. Wisconsin:

Why Wisconsin can coverWisconsin has enjoyed bowl success in recent years, winning seven of its last eight bowl appearances. The Badgers are above-average in scoring offense, generating nearly 27 points per game, and Wisconsin is strong on the ground. The Badgers average 173.3 rushing yards per game and 4.6 yards per carry. Wisconsin also converts 41.3% of third down chances, ranking No. 4 in the Big Ten, and the Badgers have a dynamic running back in Braelon Allen. After a breakout season with more than 1,200 rushing yards in 2021, Allen has 1,126 rushing yards in 2022. He also has 22 career rushing touchdowns in two seasons, and Allen is stellar from an efficiency standpoint, averaging 6.1 yards per carry in his collegiate tenure.Why Oklahoma State can coverOklahoma State should benefit from Wisconsin’s uncertainty at quarterback. Mertz left the program, and the Badgers had only 11 passing attempts from anyone other than Mertz in 2022. Even with Mertz on board, Wisconsin finished in the bottom four of the Big Ten in passing yards (189.5 per game) and only completed 57.3% of passes. Oklahoma State allowed opponents to complete only 57% of passes this season, and the Cowboys gave up only 6.9 yards per attempt.