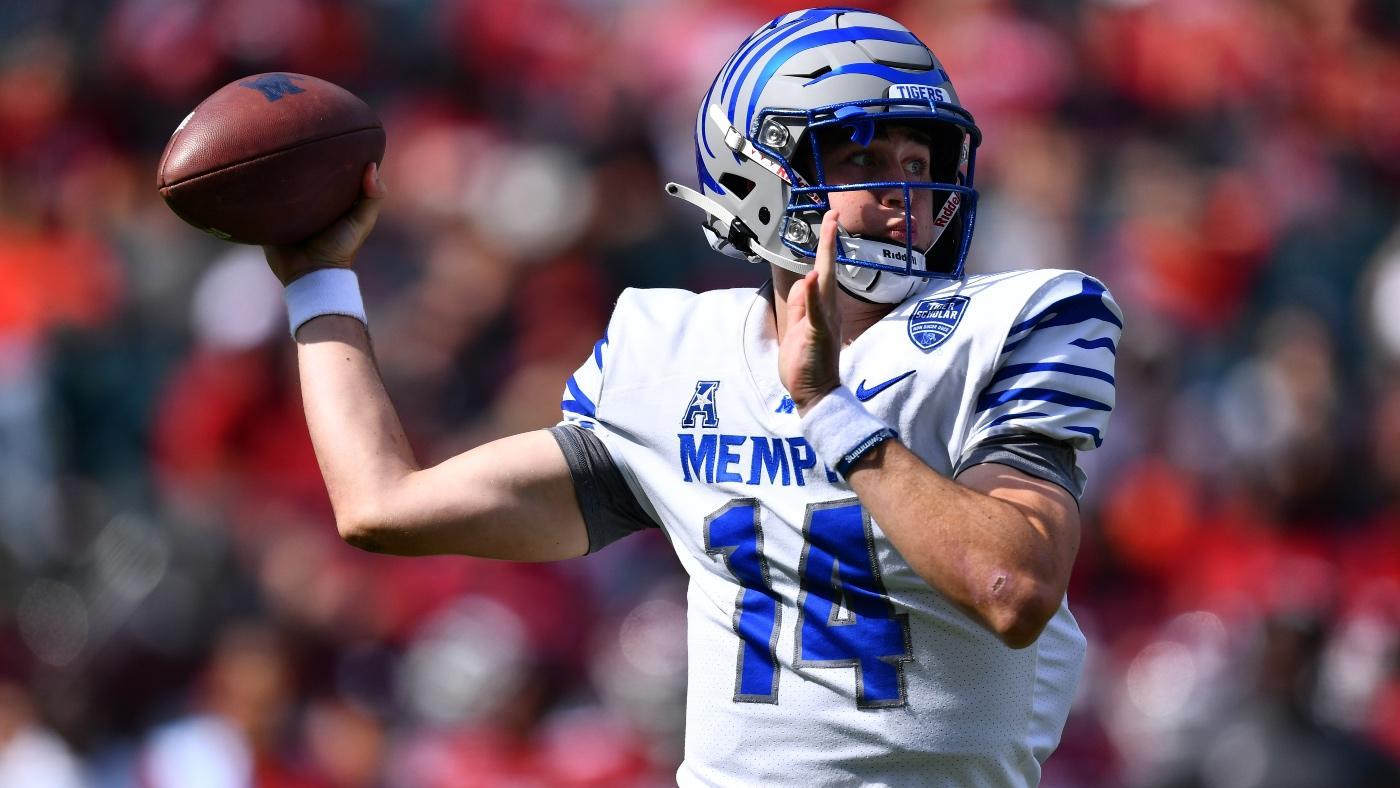 The American Athletic Conference squares off against the Mountain West when the Memphis Tigers and Utah State Aggies collide in the 2022 First Responder Bowl on Tuesday at Gerald J. Ford Stadium in Dallas. The Tigers (6-6) tied for fifth in the West division of The American. They are coming off a 34-31 loss to SMU in the regular season finale. Meanwhile the Aggies (6-6) finished in a tie for second in the Mountain division of the MWC. They also lost their season finale, a 42-23 decision to Boise State. Utah State running back Calvin Tyler Jr. has opted out of this game to prepare for the NFL Draft. Kickoff is 3:15 p.m. ET. The Tigers are 7.5-point favorites in the latest Memphis vs. Utah State odds from Caesars Sportsbook, while the over/under for total points scored is 60.5. Before locking in any Utah State vs. Memphis picks, make sure you check out the college football predictions and betting advice from the SportsLine Projection Model.The SportsLine Projection Model simulates every FBS college football game 10,000 times. Over the past six-plus years, the proprietary computer model has generated a stunning profit of almost $2,500 for $100 players on its top-rated college football picks against the spread. Anyone who has followed it has seen huge returns.Now, the model has locked in on Memphis vs. Utah State and just revealed its First Responder Bowl 2022 predictions. You can head to SportsLine to see the model’s picks. Here are the college football odds and betting lines for Utah State vs. Memphis:

Why Memphis can coverMemphis has one of the best defensive backs in the conference in Quindell Johnson. A senior safety from New Orleans, Johnson leads the AAC and is tied for 19th in the country in interceptions this season, with four, while also breaking up four passes and making 73 tackles. For his efforts this season he was named to the all-AAC first team.In addition, the Tigers are one of the most disciplined teams in college football. They rank sixth in the nation in penalties per game (4.0) and ninth in penalty yards per game (35.3). Memphis did not have any penalties against Tulane on Oct. 22, marking the first time since 2020 that the team accomplished that feat.Why Utah State can coverUtah State has the defense to slow the Tigers’ passing attack. The Aggies allow just 198.4 passing yards per game, which ranks 26th in the country. They have allowed more than 300 passing yards only once this season, and six of Utah State’s opponents were held to 202 passing yards or fewer.