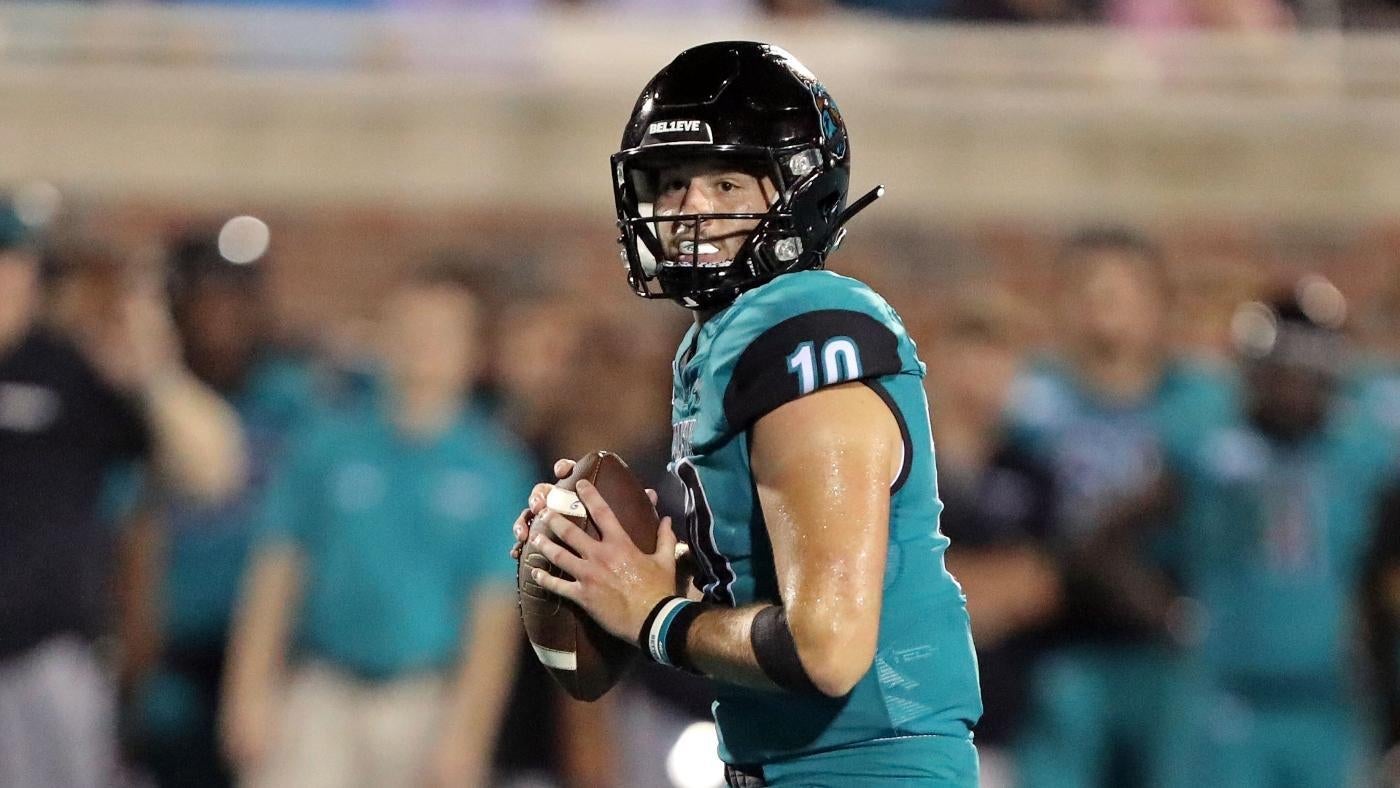 The East Carolina Pirates and Coastal Carolina Chanticleers clash in the 2022 Birmingham Bowl on Tuesday night. The Chanticleers (9-3), who took first place in the Sun Belt Eastern Division at 6-2, dropped a 45-26 decision to Troy in the Sun Belt Championship on Dec. 3. The Pirates (7-5), who tied for sixth with Navy at 4-4 in the American Athletic Conference, dropped two of their final three regular season games. ECU posted a 49-46 win at Temple in the regular-season finale. The Chanticleers will be coached by interim Chad Staggs after Jamey Chadwell left for Liberty. Kickoff from Protective Stadium in Birmingham, Ala., is set for 6:45 p.m. ET. This will be the first meeting between the schools. The Pirates are 7-point favorites in the latest Coastal Carolina vs. East Carolina odds from Caesars Sportsbook, while the over/under for total points scored is set at 65. Before locking in any East Carolina vs. Coastal Carolina picks, make sure you check out the college football predictions and betting advice from the SportsLine Projection Model.The SportsLine Projection Model simulates every FBS college football game 10,000 times. Over the past six-plus years, the proprietary computer model has generated a stunning profit of almost $2,500 for $100 players on its top-rated college football picks against the spread. Anyone who has followed it has seen huge returns.Now, the model has locked in on ECU vs. Coastal Carolina and just revealed its Birmingham Bowl 2022 predictions. You can head to SportsLine to see the model’s picks. Here are the CFB odds and betting lines for Coastal Carolina vs. ECU:

Why East Carolina can coverThe Pirates are led by senior quarterback Holton Ahlers. For the season, he has completed 289 of 431 passes (67.1%) for 3,408 yards and 23 touchdowns with five interceptions for a rating of 148.8. He also rushed 65 times for 134 yards (2.1 average) and five touchdowns. In the win over Temple on Nov. 26, Ahlers completed 25 of 37 passes (67.6%) for 314 yards and three touchdowns. He is the only active FBS quarterback who has passed for 13,000-plus yards and rushed for over 1,000 yards in his career.Also helping power East Carolina is sophomore running back Keaton Mitchell, who has carried 179 times for 1,325 yards and 13 touchdowns this year. In his last outing at Temple, he overpowered the Owls by carrying 27 times for 222 yards and three touchdowns. Mitchell also caught two passes for 78 yards and a score. For the season, he rushed for 100 or more yards in eight games.Why Coastal Carolina can coverDespite that, the Pirates are not a lock to cover the Coastal Carolina vs. East Carolina spread. That’s because the Chanticleers are led by redshirt junior quarterback Grayson McCall, who is playing in this game despite declaring that he’ll enter the transfer portal after it. McCall has been a dual threat, leading the team in passing and is fourth on the team in rushing. For the season, he has completed 197 of 285 passes (69.1%) for 2,633 yards, 24 touchdowns with just two interceptions and a rating of 173.1. He has also carried 87 times for 183 yards (2.1 average) and five touchdowns.